Married at Burning Man, Divorced at Eden – a new understanding of marriage

When I wrote that Russell and I decided to transition our relationship, many people asked what marriage means to me.  Beneath that question, I heard a belief that marriage means a commitment to work through everything and stay together no matter what.

That’s not what marriage means to me.

After this past week at Eden Unplugged and the completion ceremony that took place there, I can better speak to my understanding of marriage.

Russell and I married at Burning Man. He asked me on Tuesday and what was to be an engagement celebration that Friday night turned into our wedding.

It felt perfect for us to wed at Burning Man because I do not see marriage as simply a commitment and union between two people, but instead a declaration to the community of an intention to learn, grow and evolve together.  I see it as a call and request to the community for support around the union.

Doing relationship in isolation is simply not sustainable. At least not for me.

Looking back at my marriage to Todd (the father of my children), I can see that part of what doomed our marriage was that we were desperately trying to do it all alone.  The pressure was far too intense and ultimately the relationship imploded.

So, my Burning Man wedding was a strong call for something else – the support of a community who would help us work through the inevitable conflicts, the pressure of raising children, the evolution of our souls, together.

But, it was the wrong community to ask for that support.  The Burning Man community Russell and I stood before during our marriage was not our core community.  There were members of each of our individual communities present, but we had not created a container with this group of people that could help us sustain our relationship once we returned home.

Back in Colorado, we tried to create that container here.

We invited in Jolette, Craig, Tyson, Martha, Timothy and a few of the men from the Men’s Leadership Training.  And yet, we did not really know how to do it.  It was sloppy.  We were messy.

In the end, we broke down around the creation of agreements, our communication structures, and the realization that our respective soul’s would be more served by us being apart than by us continuing to try to make it work together.

The transition of our relationship happened at the same time we were bringing together Eden Unplugged.  For a time, I did not know what to do — could the event go on?  Could I back out at such a late date? Could we still do it together?  What would happen?

Finally, I surrendered.  And a community came together that may not have coalesced had Russell and I not made space for it with our separation.  It was no longer an Alexis and Russell event.  Eden Unplugged belonged to the community.  Craig, Rebecca, Joy, and the Sacred Service Team stepped in and ultimately Russell stepped out so he could be with his own process.

On the last night of Eden Unplugged, Russell showed up at Eden to attend the Epic Eden event starting the following day.

My heart skipped a beat when I saw him.  What would happen?  Would there be drama or conflict?  Could we use this as a space to bring more love and more resolution?

Ultimately, we did.  I wish I could describe to you in detail how that resolution came about, but of course it was one of those “you had to be there” kind of things.  Suffice it to say, things were heated, then they weren’t. we spent time in the hot springs, we connected, we communed and it all happened while the Eden Unplugged community danced the night away to the sounds of Porangui and Zang, and Elijah & the Band of Light.

Then, at the very end of our Eden Unplugged closing ceremony as I sat before our community with tears streaming down my face at what had been created, I looked up and saw Russell standing across the tent.

Craig and I invited him in to our circle and I stood between these two men who midwife’d the birth of a community that can support all of us so that none of us ever has to do relationship in isolation again.

And then, as we moved outside to take our Eden family photo, Russell stood before our community, the community that was born as a result of our marriage and he set us all free.

Russell and I got married at Burning Man, divorced at Eden and in the process gave birth to a community that will support us individually, in relationship as we move forward, and in all of our future relationships.

So what does marriage mean to me?  It’s a call to the community to support the creation of something greater than it’s individual parts.

Is your relationship supported by a community?  If so, how?  If not, how can you allow for that going forward? 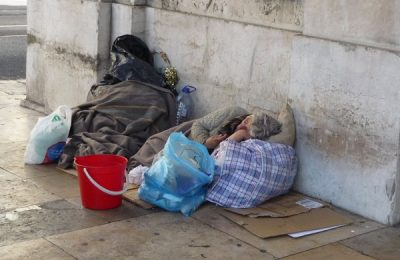