New Paradigm Partnerships: What It Really Looks Like Behind the Scenes

There’s a lot of talk these days about the new paradigm. But, do you know what it really looks like or how it feels or is it just a bunch of mumbo jumbo/marketing speak?

I think for many of us, it’s more marketing speak than anything else and I’m committed to changing that. And the only way I know how to do that is to let you in behind the scenes of what it really looks and feels like to live in the new paradigm, even when it’s hard to do that because it shows you parts of myself that I don’t particularly love.  But I’m more committed to truth than anything else, so let’s talk about it in the context of new paradigm collaborative partnerships.

What does it really mean to have a new paradigm collaborative partnership?

To me, it means open communication and discussion of things that are hard.  Because the reality is that when you are in business, things can get sticky.  Especially when you are doing business with your friends, which you are going to do in the new paradigm since it’s all about integration of life and business.

When doing business with friends, it’s easy to let miscommunications, taking things personally, and making assumptions get in the way of an amazing partnership.

As you know, Max is in the midst of a big campaign for his Affiliate Tribe right now.  At the time, he was rockin’ and rollin’ with his pre-sale educational content so that when he opened his cart, the right people would be ready to join the tribe.  Now before I decided on the degree to which I wanted to promote his campaign to my community, I wanted to watch all of his pre-sale educational videos.  So I woke up one morning at 5:30a and did just that.  It was good stuff and since Max is a great friend and past client of mine and I knew the program was a great complement to my work, I decided I would promote full steam ahead.

But, I didn’t communicate that clearly to Max’s team.  Instead, I assumed (violation of one of Don Miguel’s 4 Agreements) that Max (because of our relationship, our common market, and my mad interviewing skills) would without question want me to interview him for my community.  So I had my affiliate gal MK email Erika, Max’s right hand girl, and I said – “hey, let’s hook up an interview for me and Max when his cart opens so I can tell my peeps about his program.”

Erika emailed back to MK with something along the lines of …  “Max wants to make sure this is going to be a good use of his time, can you guarantee you’ll have a good turnout for the call?”

Ouch.  Even writing it here feels painful.  My ego was bruised big time!  And what it wanted me to do is say &$*! them, I’m not promoting their %&$!en Affiliate Tribe and never talk to Max again.

And this is where the new paradigm comes into play.  In the new paradigm, we recognize our reactions as old, fear-based patterns that are no longer necessary to protect us.  Max is not a saber-tooth tiger ready to eat me.  He is a busy guy in the middle of a campaign and he may not have even known what Erika wrote.

So I emailed Max and Erika to let them know that I felt hurt by Erika’s response and I didn’t feel it was very new paradigm of them to be asking if I could guarantee a certain number of people on the call.

Now, Max and Erika could have responded to my email in a few ways.

1.  They could have gotten defensive.

2. They could have turned it back around on me and said or felt there was something wrong with me for feeling hurt.

3. They could have responded with love, letting me know I was heard and they understood why I felt the way I did and then explained where they were coming from.

Hallelujah new paradigm communication!  They did #3.

Max emailed me back within a few hours to let me know that he had really considered what I wrote and took it in to feel into what I was saying.  He said that his understanding of new paradigm is all about integrity and that it would not be in integrity for him to schedule an interview with me for my list when I had not promoted the campaign at all yet or otherwise indicated I was going to be playing a big role in the campaign.  He was doing interviews with his top promotional partners as a way to say thank you for their support and if he did an interview with me without me promoting the campaign it would not be fair to his other promo partners.

That made total sense.  And I could immediately see where the miscommunication was.  Max and Erika had no way to know I had gotten up at 5:30a that morning to watch the videos or that I had already drafted an email to go out to my community about them. From their perspective, I was playing the friend card to try and get something more or different than other promo partners.  They didn’t and couldn’t have known at that point I was planning to play full out because I didn’t communicate that in my email about interviewing Max.

And Erika was writing fast when she responded to MK because she was so busy and it was email so the “tone” was not as loving as it would have been normally.  (Erika also called me within 30 minutes of my email to leave me a message of love and understanding.)

In my email back to Max, I told Max he was right about the new paradigm.  It is about integrity.  And communication.  And sharing the truth with love.  And I was so grateful for the way we both showed up.

At the end of the day, the whole thing ended with me feeling more on board with Max’s campaign than ever and I ended up sending not just one, but a few emails to my community.  Plus, I’m interviewing Max tonight on a call about his Affiliate Tribe (apparently this link does not work in Safari, please try Firefox or IE) and I’ll be giving away a big bonus gift for those of you who join the Tribe.  I hope you can be there on the call with me and Max.  Here’s where you register for it.

It so easily could have gone the other way – I could have said f*ck it, communicating is too hard. Or he could have said f*ck her, that demanding b&tch, doesn’t she know I’m in the middle of a launch.  But we didn’t do that, we communicated with truth and love and a commitment to more connection and understanding.  And that’s what the new paradigm is all about.

I’d love to hear your thoughts.

Selling Your Soul Just to Pay the Bills? 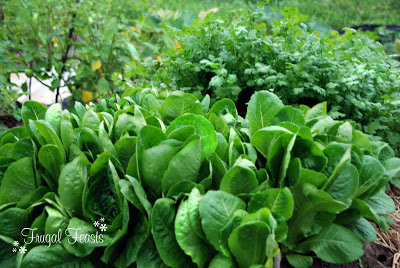 Will Fresh, Real Food Become Hard to Get In the New Economy?