I recently adopted a rescue dog, Farley.  He had some aggression issues, so we hired a dog trainer to teach us how to work with him.

Now, this dog trainer had his act together.  He charges $875 for 5 sessions, which is pretty good considering most dog trainers make about $30/hour.  His schedule is booked weeks out and he’s clearly got the whole thing scripted out and down.

Of course, because I can’t help but coach everyone I meet about either starting a business or expanding their business, I immediately start talking to him about expanding his business by licensing others to use his systems and creating a dog training franchise empire.

Each time he came back for one of our sessions, I coached him a bit more and he got more and more excited.  He had considered writing a book or doing some TV in the past, but he’s so busy working all the time, he’d never gotten around to it.  By licensing others to use his systems, he could stop trading time for dollars and free up some time.

At the last of our 5 sessions, he admitted to me why hadn’t ever moved forward with any of his big dreams to expand his business and probably wouldn’t now either.  What he admitted is something that holds most people back and could be holding you back too.

It made me absolutely, positively, totally grateful for the kids in high school who made my life miserable.  Back then, I was devastated. Today, I’m grateful because it’s allowed me to experience massive success and take action where many others can’t.

The kids who excluded me taught me to deal with being judged, criticized, hated, taunted, teased, and bullied.  As it was happening, there were times I wanted to die.  But, I made it through and it made me strong.

I went within myself to discover the truth.  Was there something really wrong with me or was it them? How could I hold onto myself in the face of their cajoling?  Should I conform?  Hide?  Disappear? Or grow?

Through my introspection and inquiry, I discovered and accepted there was something about me that was threatening to them and they dealt with this threat by being mean.  I came to see it as a reflection on them,  not me.  To survive, I learned to embody that truth and stand tall in the face of yuck.

As a result, I am able to put myself out there as an entrepreneur in ways most others can’t.

The dog trainer made me realize how important this was when he told me that he hasn’t moved forward with his big dreams because he’s too sensitive.  The pain of criticism is too intense for him to bear.

He sees the lawsuits, flames and barbs that are tossed at Cesar Milan, the Dog Whisperer, and he can’t bear to experience it.  I understand.  Just imagine how Suze Orman feels when she reads this and this.

In the past several months as I’ve gotten more exposure, I’ve experienced some serious ugliness – criticism, lawsuits, threats, barbs, all of it.

And because I experienced and dealt with that pain in high school and discovered the truth of it and what it meant about me, I’ve been able to mostly let it roll off.  Mostly.

So, thank you mean people from high school,you have prepared me well to carry out my mission.  And thanks to your preparation of me, I’ll be able to make a big difference in the world. 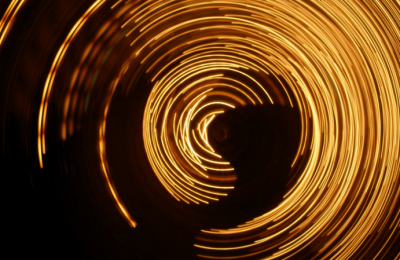