I’ve lived so much of my life publicly, right here, on the internet show I hosted for 3 seasons, on Facebook & on Twitter.  I’ve shared about things other people would never be willing to let you see publicly.  Why? Because I believe that part of my Great Work is to let you in on all of it — so that you can see what it really takes to have an integrated life and business.

Screw the false marketing facade.  I want you to really know.

I also believe the oft-quoted saying “we are only as sick as our secrets.”

It’s hiding that hurts.  Truth-telling, even when it’s super scary to let you see all of who I am, is an awesome path to sovereignty.  At least that’s what my heart tells me.  My left-brain mind often says I’m an idiot for letting it all hang out, but I’m learning to listen more to my heart these days because it sure feels a lot better when I do.

Just the other day, I posted publicly on Facebook and Twitter about a screw up by a team member that resulted in 30 minutes of a coaching call not being recorded.  I asked for guidance re how to handle it.

And I got GREAT ADVICE.  Outside the box advice. You can see some of it here in the left column.  (You can see some of the really nice things people have also said about me on Twitter in the right column – I keep those prominently in my Tweetdeck so I can look at them when I’m having a crappy day and remind myself why I’m doing the work I do.)

Other than “make team member face opposite direction to rest of team with dunce hat” (got a great laugh from that), my favorite response was “apologise to the team member.”  Now THAT got me thinking.

If I wasn’t living out loud and airing my “dirty laundry” publicly, I might not have gotten that mind expanding possibility.

I did get some pushback both on Twitter and Facebook from people who thought I should not have posted about this publicly.  That doing so was hurtful to my team member and a sign of poor leadership on my part.

I get that perspective.  We’ll have to agree to disagree.  I didn’t post my team member’s name, though I do wonder what my responsibility is when it comes to naming the names of people who have not done good work for me and I see being hired by others in my community. (That will have to be the topic for another blog post, I think.)

I didn’t see it as public shaming or humiliation.  I still don’t.  Do you?

And, the folks who work for and with me know, I live my life publicly.  If you don’t want me to write about you, make that exceedingly clear and I won’t.  But, if you don’t say anything, me writing about you is fair game.

What do you think?  Am I a horrible, terrible, no good, shaming and humiliating leader because I wrote publicly about this team member’s screw up?  Or do you like the way I publicly share the details of my life and business? I’d love to know.

In the meantime, if you want even more behind the scenes, you can get it here.  I’m sharing the details of the rebrand, rebuild, and rebirth of my businesses and online systems and letting you see how and why we are doing it the way we are.  Rather than just showing up one day with a brand new look online, brand new products and programs — I want you to watch the evolution. Why? Because I know you can learn so much more by seeing and participating than by simply hearing me tell you what to do or how to do it.

Don’t forget to let me know what you think about this issue of letting it all hang out online.  In the comments below. Thanks. 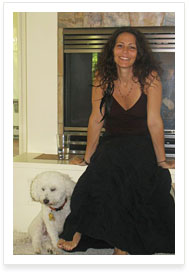