Ya know how some people come up with a theme word for the year and then let that word guide them for the entire year? Well, I’ve always been somewhat resistant to the idea.

But, a lot of things I’ve been resistant to in the past seem to be coming into focus this year, so I’m not surprised that this one has too.

Before I tell you the word, I want to share some of the shifts that are happening because they are big and somewhat surprising.

In late 2009, my life began to change course dramatically.  I was on the fast-track to the kind of success so many of us wish for – fame, fortune, etc. — but, it was empty.  I knew there was something more.  What I didn’t know is that I’d have to give up everything I held dear to find it.

I was still locked in my office working 12-14 hours a day, at least.  My kids would come home from school, head downstairs and play video games for hours.  I had no time for the community I longed for and I began to crack.

Piece by piece, I let it all go.

First, the teams supporting my businesses.  Then, the boyfriend I loved so much.  Finally, my reputation.

Little did I know 2011 would be about facing everything I was most afraid of.

My relationship with Russell ended as quickly as it had begun.  The event we planned to host together at Eden — Eden Unplugged —  had to go on in the midst of our relationship ending and Craig stepped in to co-lead with me and take a leading role in my life and within a few months he was supporting me to let go at a deeper level than I ever could have fathomed.

My greatest fear was that I would have to move onto my farm.

You see, I didn’t buy it to live on. I bought it to make into a new paradigm business venture, a community, a gathering place, a seed of collaboration.

The Universe had other plans.

Within 6 months of its creation, it began to fall apart.  Lack of understanding about how to structure ownership and responsibility, lack of clear vision, rampant addiction among the members of the community and many other short-comings on my part resulted in a hard decision to make come August.

Would I keep trying to hold it together, falling deeper and deeper into chaos, struggle and distance from my kids or would I let go another level deeper?

With Craig’s support, I decided to dive.

I gave up the big house, the fancy car, the private clients, my credit score and faced my biggest fears — living without credit and moving out to the farm.  45 minutes from town, alone (the “community” disbanded once the financial support was gone) with my kids, and facing winter.

I was freaked the freak out!

The idea of living on a farm with my kids, alone, through the Winter, was NOT part of my life plan.

I gave up my personal assistant, my housekeeper, having my best friend two houses away to help with mealtime and my personal trainer.

It was time to learn to be self-reliant.

It turned out to be one of the best year’s of my life.

I learned so much about myself, reconnected with my kids, discovered how to receive help from people not on my payroll, and how to provide value in the world just by being me.

By August 2012, it was time to come back into the world.  We left the farm and returned to the city.

Another scary transition.  Would I be able to maintain my connection to my kids and myself while at the same time moving back into the world of money, bills and “city life?”

It’s been nearly 6 months and there have been moments of uncertainty, times of feeling caught up again in the so much to do, that feeling of lost-ness.

But, something shifted for me as 2013 dawned.

Suddenly, I’m looking outside myself far less and turning within far more.  Even more than when I was out at the farm.

Thanks again to Craig, I began working with a healer/medicine woman on getting in touch with a part of me that I’ve long avoided.  A part that holds the keys to me being able to do the work I most came here to do, my soul’s work, in an even bigger way.

So instead of going out this weekend, connecting with community and generally wanting to be anywhere but here, I stayed in.  I hung out with my daughter and I connected with myself.  It felt extraordinarily good.

I decided to take a meditation class. 90 days. 40 minutes of sitting every day with a one-hour sit each week. WTF?!?

Really? If you knew me, you’d wonder.

I re-started CrossFit and I’m going 3 times per week even though my body is screaming about it.  I’m cooking frequently – very odd for me – and keeping my room clean.  I’m staying home when my rebellious teenager just wants to go out and party.  And, now, 40 minutes of sitting meditation everyday.

These are not things the old “I” ever wanted to do.  But, some new emerging “I” really wants this.  The one who is so ready for me to do the big work I’m here to do.

It takes discipline to show myself I love me.

As I was contemplating this, it occurred to me — this is the last year of my 30s.  I’ll turn 40 in November. I’m maturing.  Less looking outside myself for what’s good and more coming within to find it.

So, I’m curious about you.  How does discipline show up in your life? How do you show yourself you love yourself by doing things you don’t think you want to do?  And what are the results when you do it? 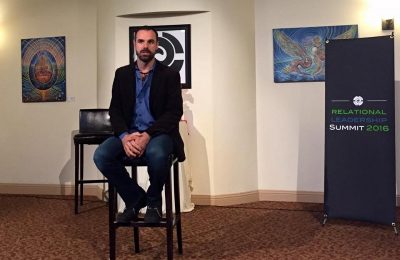